Startups’ report session about their visit to Nordic countries

5 Startups from Kobe visited Nordic countries in September to be connected to the local ecosystem and do the market research for the business development. They will talk about their first-hand experience and the learnings from the visit!

The Nordic startup ecosystem is growing as the global hub to create impact startups and make societal changes by bringing innovation. This event offers you the best opportunity to hear tips directly from key ecosystem builders and also learn the first-hand experience of Japanese startups visiting the Nordic ecosystem. 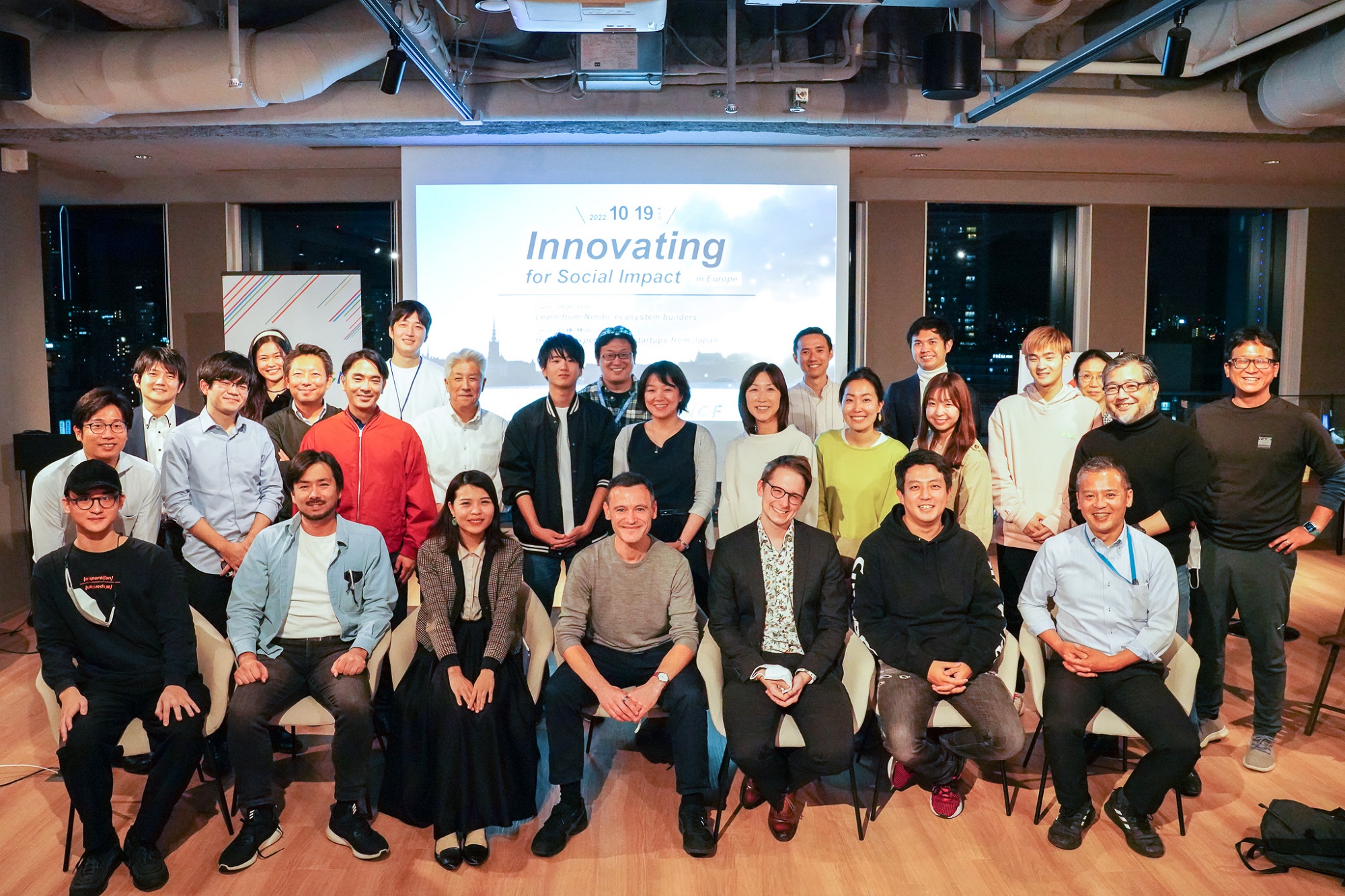 The event was in two parts, part one, where the guest speakers encouraged the cities and universities to become supportive of all kinds of innovative ideas. That way, it will attract people as well as investors to Kobe.

Oliver-San  works in tech investments including NAVA, an organization which connects Japanese and Nordic companies to the correct ideal funding for success. He gave a perfect example of Estonia, with the size and city almost parallel to that of Kobe with an awe-inspiring twelve successful Unicorns, coming second to silicon valley per capita globally. This number and the similarities between Kobe and Estonia indicate the prospect of creating successful businesses in Kobe. As he suggests, a remarkable thing that pushes creativity is the region’s level of happiness, proved by the numbers in the graphs that he showed. The charts also indicate that a happy society feeds creativity which is the key to social innovation. Thus, the data from Nordic countries reflect the importance of the support system and interconnectivity as an invaluable part for the start-ups to rise then progress. There is a trend in investing in start-ups that benefit society, considering the points made by the SDGs chart, which is almost 1/3 of all the investment in start-ups. The key to attracting success is to put the benefit to society in eyesight. He encouraged young people to participate and not wait for someone to come up with the solution. Instead, take charge and be the change. 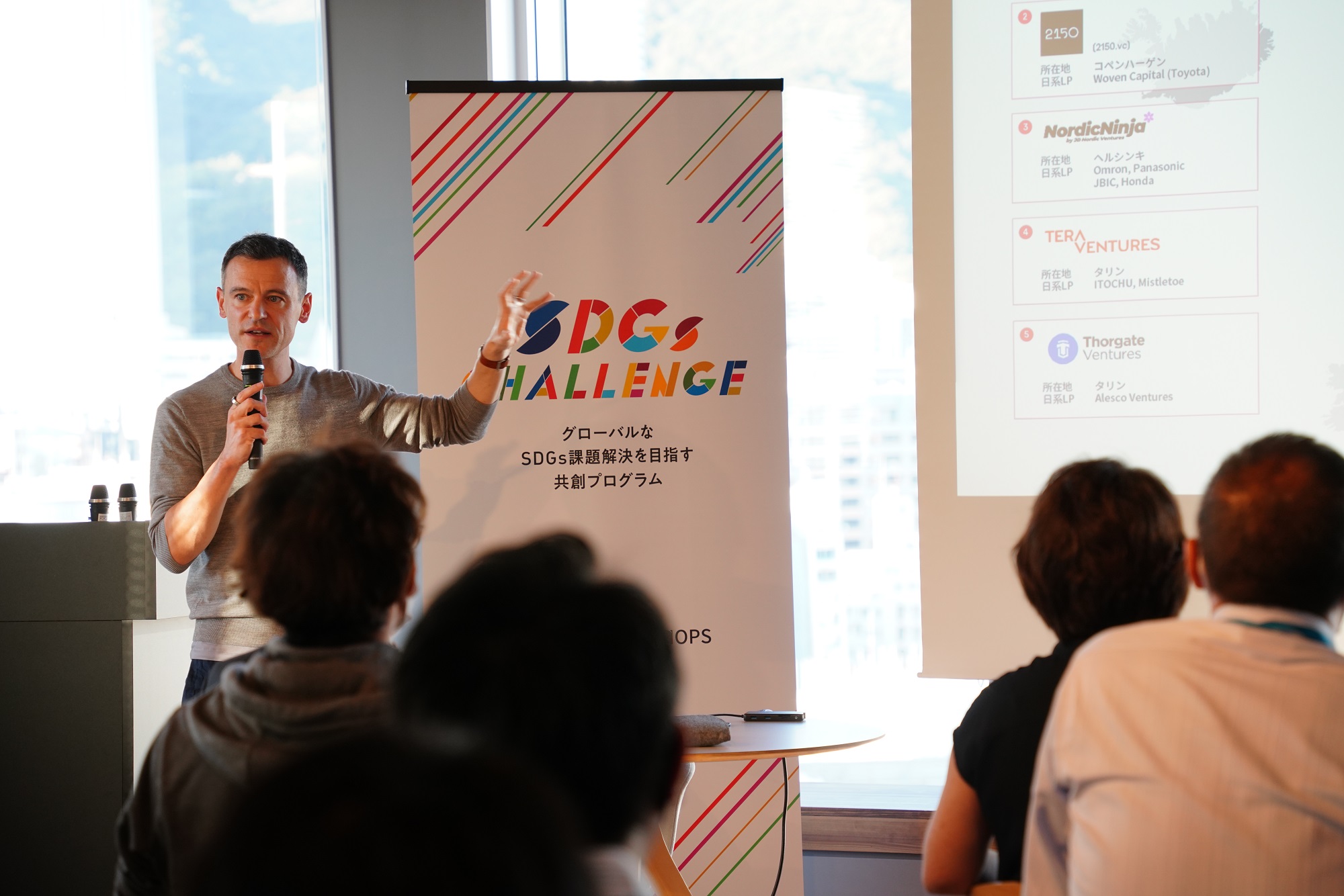 Olof-San talked about the before and after of his city Skåne. It used to be a ship-building port city that drastically changed its focus following the collapse and the need to replace the primary income source from ship-building with IT. Which was a huge success, and today the city is one of the most successful and innovative cities in the World. There is something we can learn from Skåne as a port city to be more open and accepting of changes. A significant thing he mentioned was that Skåne has an adequate support system. It is not uncommon for retired people to start a start-up when they see the need for an app for golfing around the city. Also, many students have supplemental support in the university itself. A division provides students with mentors, funding and numerous things needed for someone to start from scratch within the university itself. The city has successfully created an atmosphere that encourages challenges and new things. He also highlighted the importance of having a mindset enabling connectedness and trust in the ecosystem. If one has an issue, the chances are that others also have the same problem, and one solution can lead to a domino effect in reaching the solution.It is amicable to make mistakes. However, the essential part relies on “how you handle the mistake.” said Olof-San. 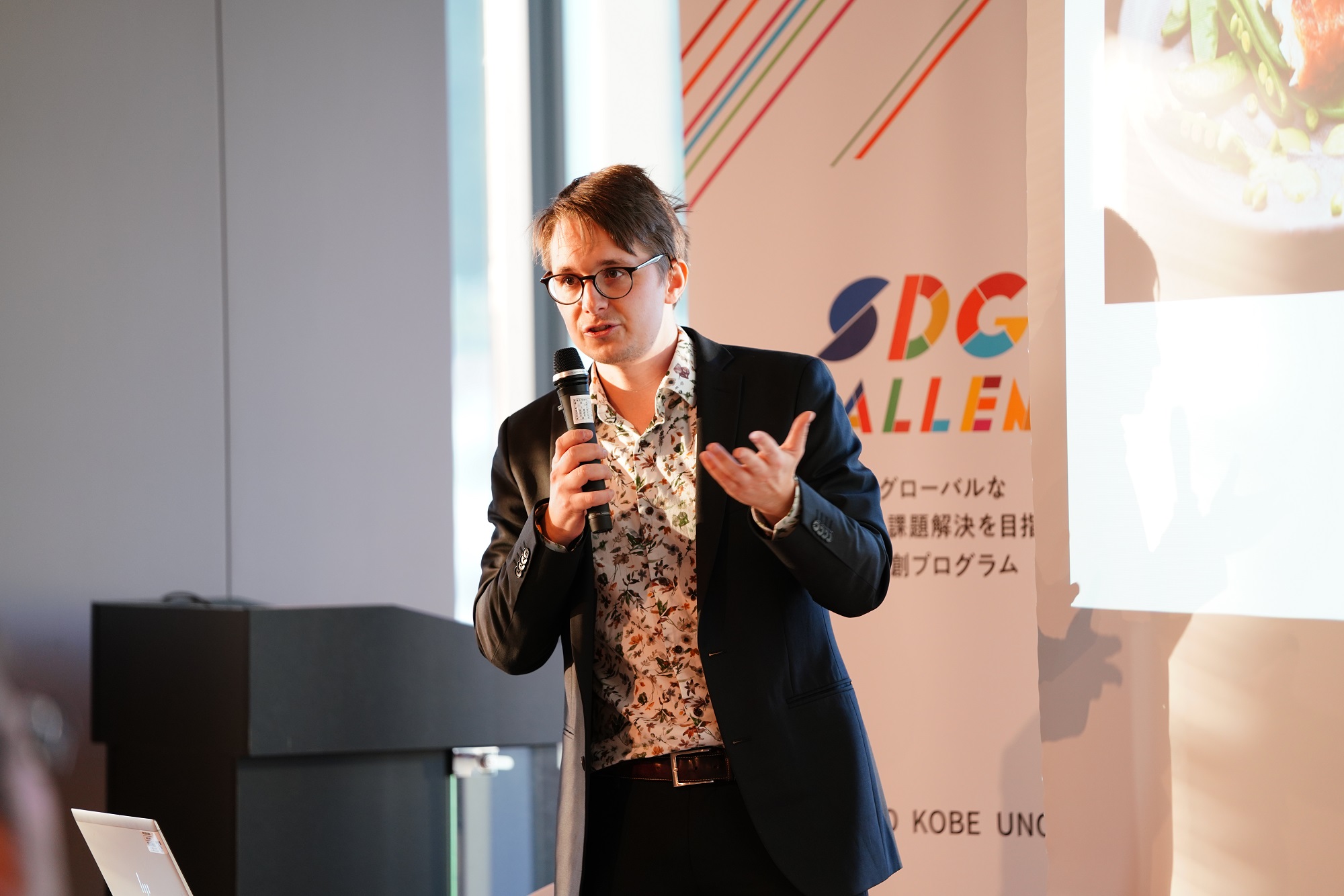 The second session was reporting of their survey and exchange of words between the Japanese entrepreneurs and Nordic experts, including an experience about their visit to Nordic countries. Findings from each start-up with the guest speakers gave the audience raw and current insight into the findings and challenges for Start-ups. Everyone learnt many interesting factors and was encouraged to start acting upon what they believe in that can improve society. 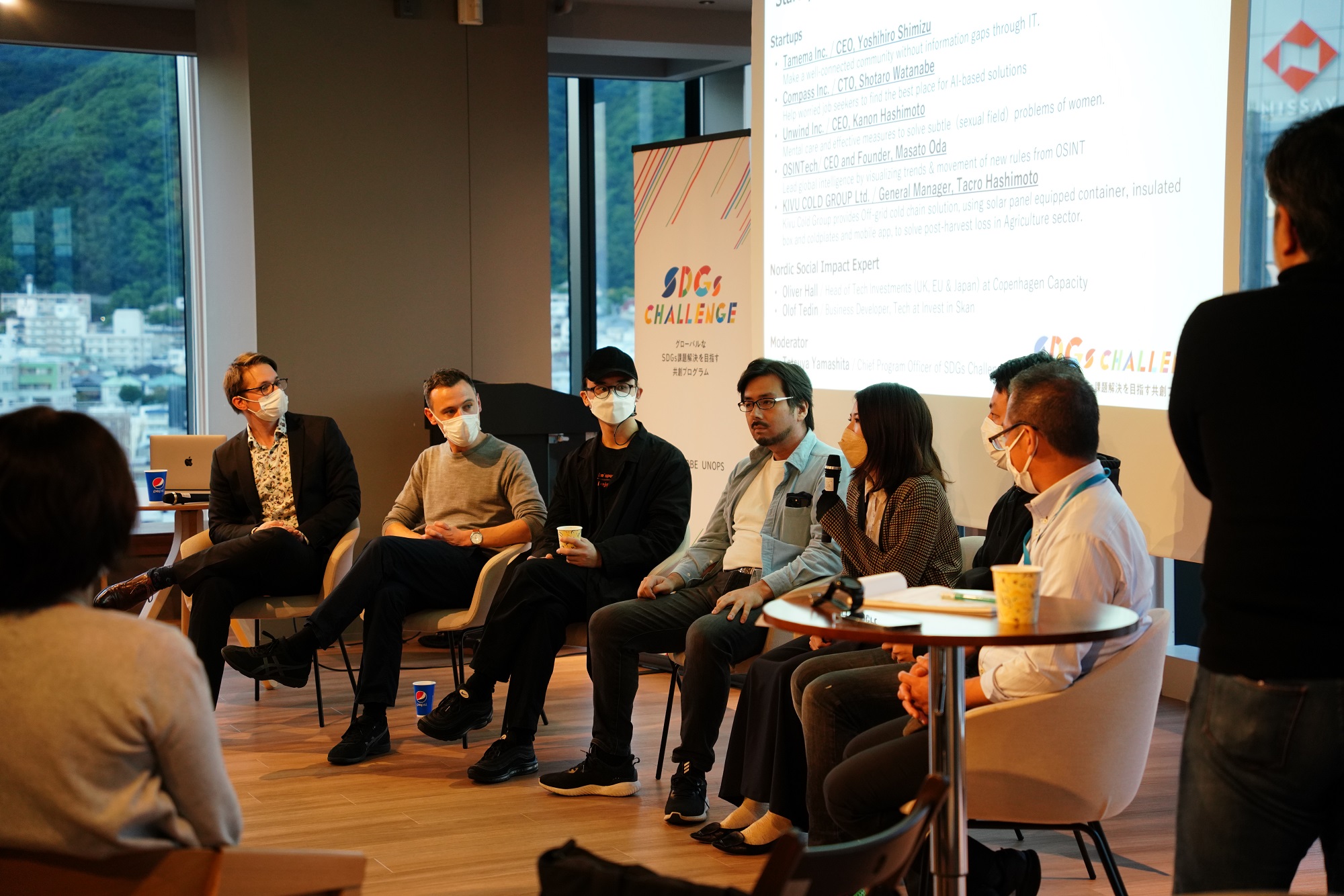 Tamema Inc, Mr. Shimizu’s company Tamema tackles the problems resulting from loneliness, such as the decrease in the chance to achieve happiness and create opportunities for oneself. Although, at this time and age, where everyone is more connected than ever, loneliness is a prominent issue that needs a solution. He runs a platform that connects the people who live close by so they can help each other. The Hope of this platform is to spread helping hands and connections in the community.  He also pointed out that he was surprised and impressed with the integration of immigrants into society in the Nordics which is an uncommon sight in Japan. 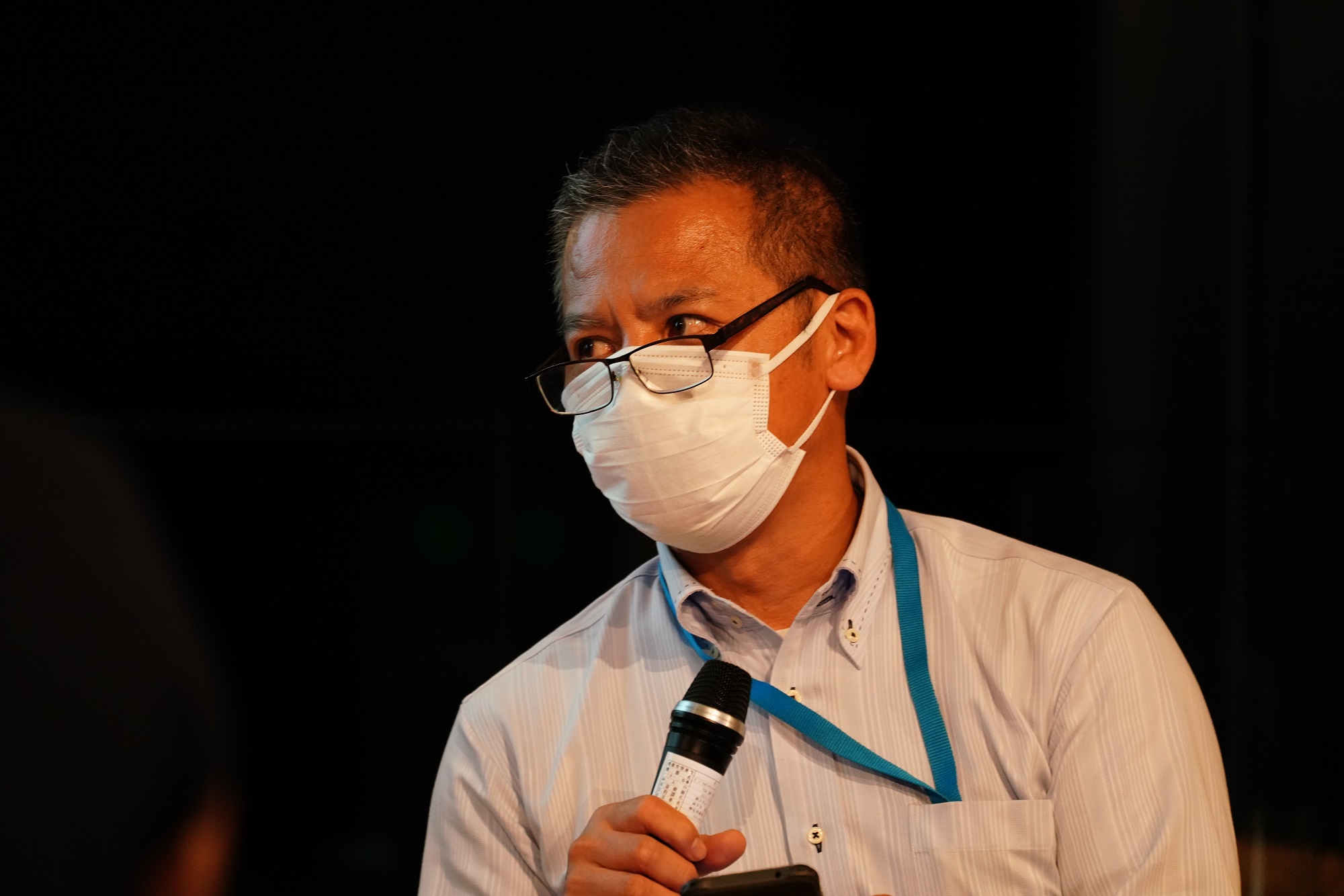 Compass Inc. ‘s Shotaro Watanabe suggested the lack of publicity of under-average earning communities who are 1/5 of the working age. Compass Inc helps improve people’s lives who make less than two million yen yearly (six million yen is the average). It provides solutions by initiating career improvement through career counseling and many more. He mentioned that even though it seems as if everyone is happy, according to the data from Nordic countries. However, it is not the case as undermining issues exist, such as poverty among immigrants and single parents. “go abroad and broaden your horizons” is the message he gives to the audience. 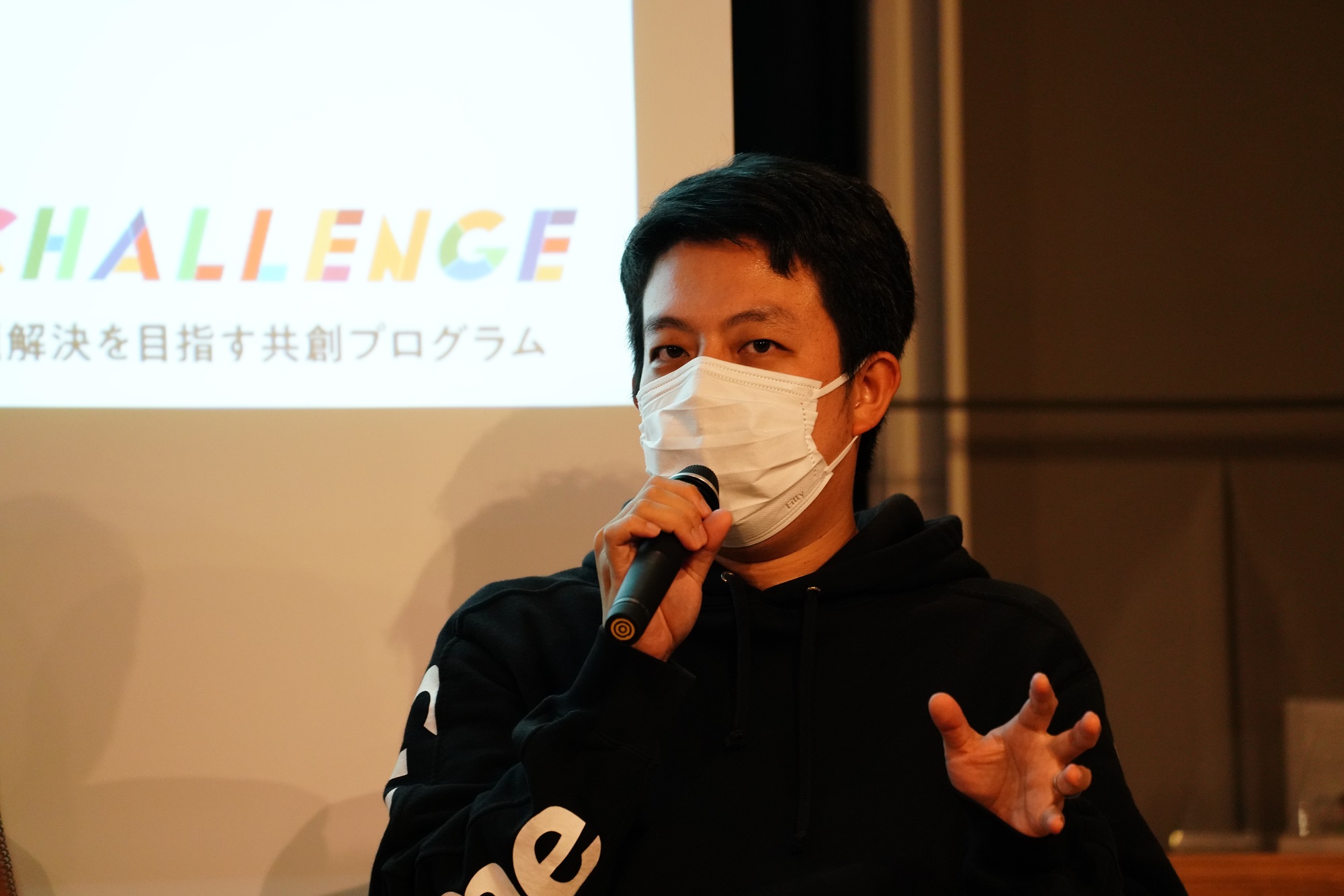 Kanon Hashimoto is a CEO of Unwind Inc. which tackles the silent culture in Japan for sex-related topics for women, like sex education. There is a bias around the topic of sex, making it hard for women to talk and learn about it. The issue includes providing sex-education, community building, and counseling for mostly couples。They provide learning opportunities and products for a healthy sex life alongside good mental health.  Unwind encourages communication between couples and gives counseling as well. “challenge yourselves to go out of your comfort zone, and you might end up learning something new and unique” is her message for the audience. 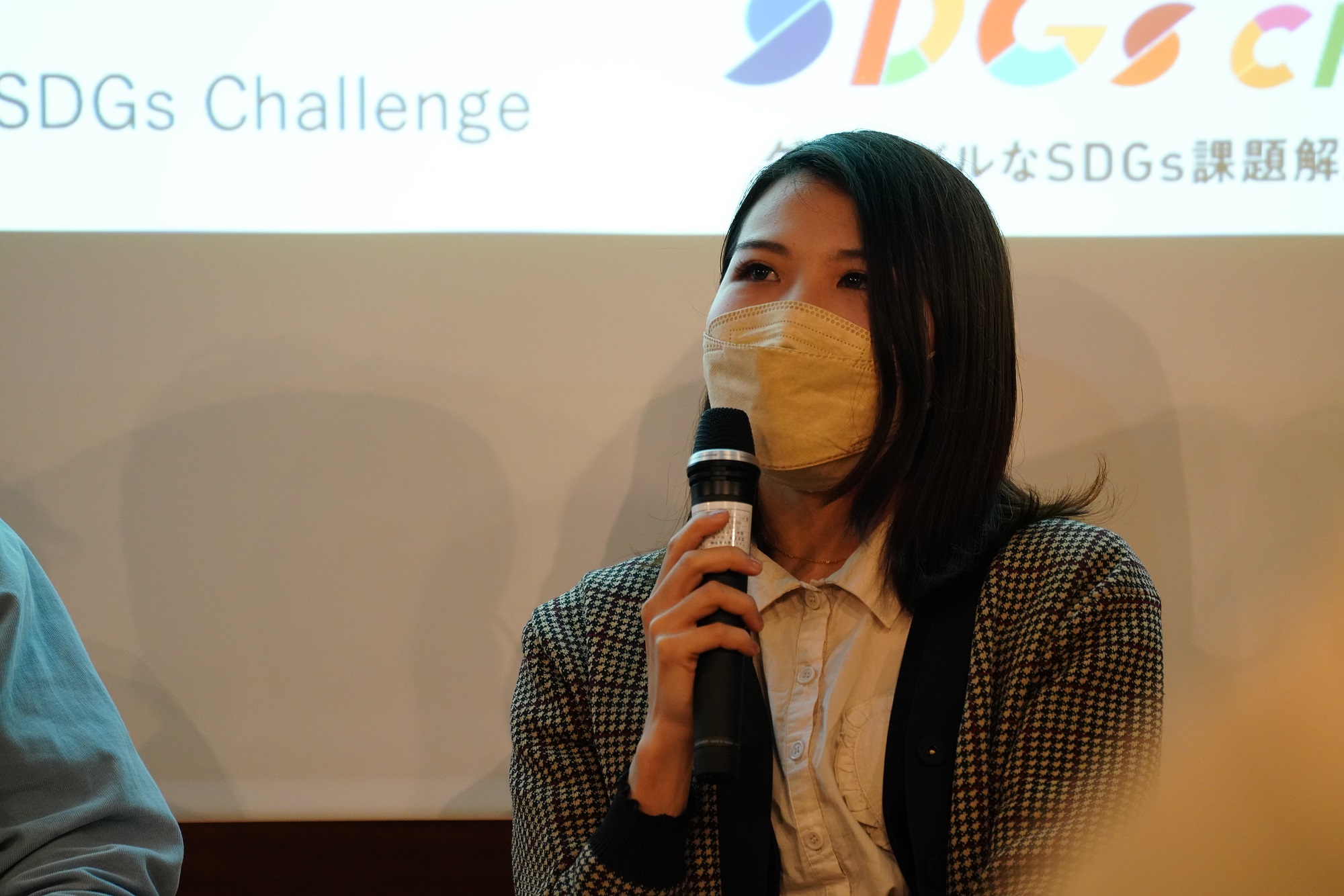 OSINTech CEO and founder Masato Oda stated that he sees the need and want of the rules and regulations to become more inclusive based on accurate trends and information using technologies. His company OSINT stands for Open Source Intelligence. OSINTech enables a trend watching platform called “RuleWatcher,” which is a trend watcher that detects the trend of rules for different topics essential for the coming age. The network is based on legitimate sources such as governments, UN-related entities and NGOs. OSINTech proposes a fresh approach to rulemaking where the key concept is “Who, where and how” for inclusive cutting-edge rulemaking for the near future. He was impressed with the human-centric education of the Nordic countries that resulted in adults that take environmental issues more seriously than average. And he had a chance to attend the talk of UN head Mr. Razi, and his speech “We need to do different things in different ways.”  motivated the need to change the ways of each human for a sustainable world and system. The challenges exist in different forms, like social obligations, but it is vital to believe in the change. 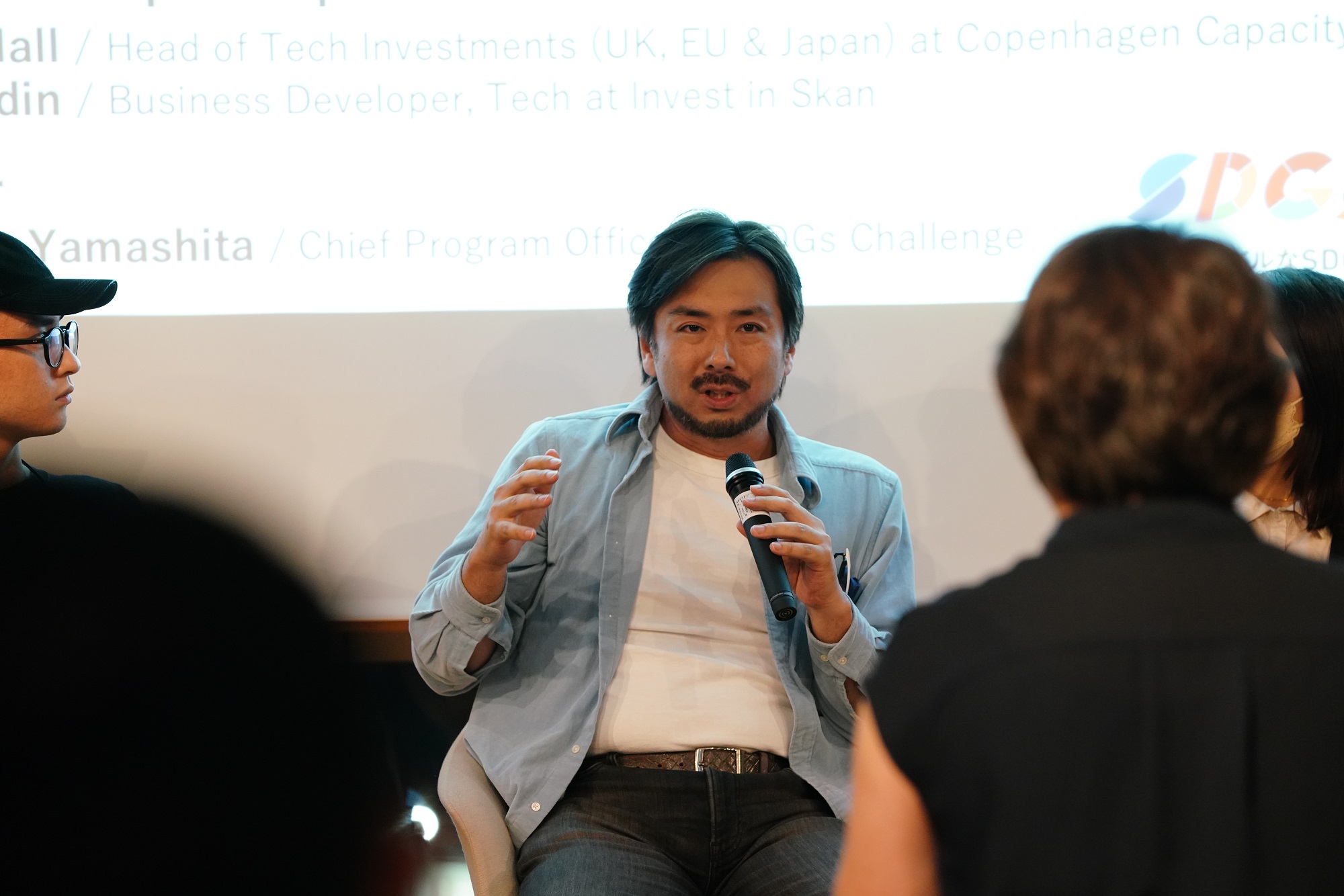 KIVU Cold Group LTD, General manager Tacro Hashimoto’s company started as a solution to the post-harvest loss, which is 30-40 % of the entire produce, which weighs heavily on the World and especially on the farmers. This company aims to reduce waste effectively in each stage, from harvesting to reaching the consumer. He also stressed the challenges of getting an investment in Africa from Europe. As Mr. Oliver stated that it is a matter of priority as Nordics do prioritize closer or opportunities within. As Mr. Oliver stated, it is a matter of priority as Nordics prioritize closer or opportunities within. However, that does not mean they are not interested, but it is due to social obligations and risks. “It is more sustainable, and it will become necessary to expand your business as the economy is challenging now to settle in only one market or country,” says Mr. Tacro to encourage startups to expand. 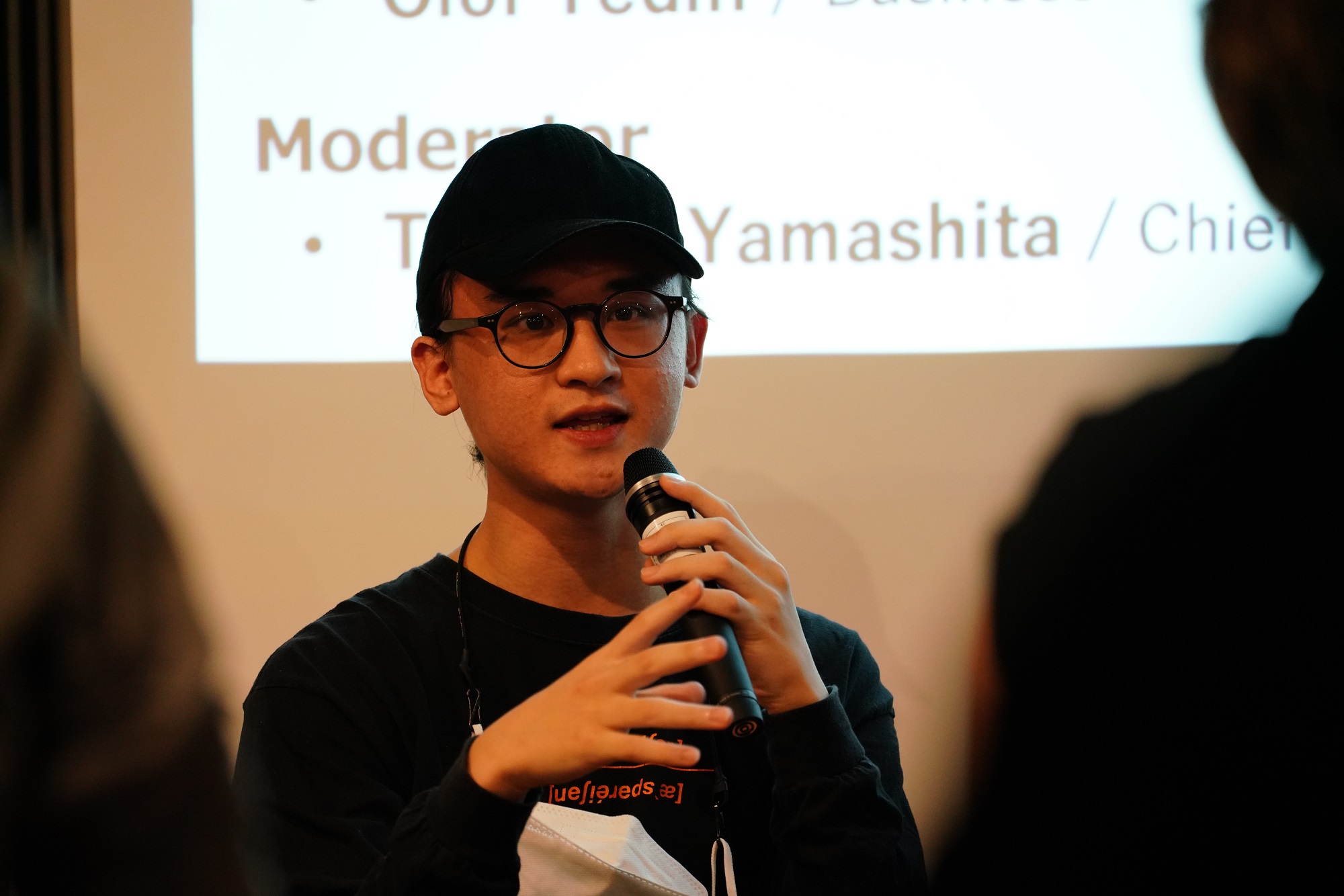